This is an ongoing, comprehensive list of baking terminology that frequently occurs in recipes or in baking instructions. Please feel free to submit a word to add to the list!

The language of baking clarifies what techniques and methods are needed for each recipe. (My teacher background is coming out BIG TIME here!)

Once you learn this baking terminology and how to apply it, you’re on your way to mastering any recipe!

Aerate/ Aeration: To whip, sift or beat air between particles, as with flour, confectioner’s sugar, or in creaming sugar and butter.

Agave Syrup/ Nectar: A light sweetener with a low glycemic index made from the succulent agave plant. Available in light or amber.

Artisan: A skilled craftsman or trade. Methods are usually handmade with careful attention to detail and quality.

Bake: Cooking in an oven with dry heat.

Baker’s Dozen: 13 rather than 12. This originated in the 12th century to avoid being accused of shortchanging any customers where the penalty was getting a hand chopped off with an ax! (Ah, the good old days…)

Baking Powder: a leavening agent with both baking soda and one of two acids- citric or tartaric. It is not the same as baking soda.

Baking Soda: is the source of CO2 gas in leavening systems. It neutralizes the acids in the batter, thus changing the final pH of the baked good. It is not the same as baking powder.

Batter: A liquid mixture of raw ingredients that is thin enough to pour.

Beat: To combine ingredients and incorporate air with a rapid, circular motion. This may be done with a wooden spoon, wire whisk, rotary eggbeater, or electric mixer.

Blanch: Partially cook food by plunging it into boiling water for a brief period, then into cold water to stop the cooking process.

Blend: Mix one substance with another so they combine together

Boil: Heat a liquid until bubbles rise vigorously to the surface and break.

Caramelize:  Heat sugar until it is melted and brown.

Chop: Cut into small pieces using a sharp knife, appliance, or scissors. Words like “finely, coarsely, or roughly” describe how big to chop the pieces

Combine: Stir together two or more ingredients until mixed.

Cool: Lower temperature to a specified degree, ex. cool to room temperature. ( A fan is a baker’s secret weapon)

Cream: Beat until the mixture is smooth and fluffy.

Crimp: Seal the edges of two layers of dough together with a fork or your fingertips.

Cut in: Distribute solid fat throughout the dry ingredients using a pastry blender, fork, or another method

Dissolve: To become incorporated into a liquid. This becomes a solution- such as salt water, or simple syrup

Dough: A soft, thick mixture of flour, liquids, fat, and other raw ingredients.

Drizzle: Drip a glaze, icing, chocolate, or another runny ingredient over food

Emulsify: a fine dispersion of one liquid or pureed food substance in another.

Flour: Used as a verb, means to sprinkle flour over the surface of a pan, work surface, or dough to prevent sticking.

As a noun: it’s a powder obtained by grinding grain

Flute: Make or press a decorative pattern into the raised edge of pastry.

Fold: Gently combine a heavier mixture with a more delicate substance, such as beaten egg whites or whipped cream, without causing a loss of air.

Glaze: Coat with a liquid, thin icing, or jelly before or after the food is cooked.

Grate: Shred with a handheld grater or food processor.

Grease: Rub fat on the surface of a pan, dish, or hands to prevent sticking.

Grind: Produce small particles of food by forcing food through a grinder.

High Altitude: 3500 feet about sea levels, as mountains tend to be. Times, temperatures, and ingredients must be adjusted in baking to compensate for the different reactions in ingredients.

Knead: Fold, push and turn dough or other mixture to produce a smooth, elastic texture

Incorporate: Take in as part of the whole. (Mix together until one mass)

Lukewarm: A temperature of about 105°F, which feels neither hot nor cold.

Melt: To make or become liquefied by heat. (Like me in July)

Mix: Stir together two or more ingredients until they are thoroughly combined.

Peel: Remove the skin of a fruit or vegetable by hand or with a knife or peeler.

Proof: Allow yeast dough to rise before baking. Or to dissolve yeast in a warm liquid and set it in a warm place for 5 to 10 minutes until it expands and becomes bubbly.

Refrigerate: Chill in the refrigerator

Rind: The skin or outer coating of such foods as citrus fruit or cheese.

Scald: Heat a mixture or liquid to just below the boiling point.

Score: Cut slits in food with a knife, cutting partway through the outer surface.

Sift: Put through a sieve or sifter so as to remove lumps or large particles. (make a fine, loose, or powdery substance such as flour or powdered sugar)

Simmer: Just below the boiling point while being heated- gentle bubbling

Softened: Soft enough for easy blending, but not melted.

Soft peaks: Egg whites or whipped cream beaten to the stage where the mixture forms soft, rounded peaks when the beaters are removed.

Steam: Cook food on a rack or in a wire basket over boiling water using steam as the heat source

Stiff peaks: Egg whites beaten to the stage where the mixture will hold stiff, pointed peaks when the beaters are removed.

Stir: Combine ingredients with a spoon or whisk using a circular motion.

Toast: Cook or brown by exposure to a fire or other source of radiant heat

Whip: Beat rapidly with a wire whisk or electric mixer to incorporate air into a mixture in order to lighten and increase the volume of the mixture.

Zest: The colored outer peel of citrus fruit, used to add flavor. The zest is often referred to as “grated peel.” Avoid the bitter white pith of the fruit.

Did I miss some baking terminology?

Please, drop me a line and let me know which words I should add.

Creator, open our hearts to peace and healing betw

No More Stolen Sisters! During this time of trad

Trick-or-Treat Looking back at these little mini

Such a sweetie this little witchy cake is 🖤🧙 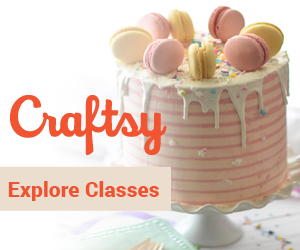